Honey production of domestic Bees has increased in Lamjung 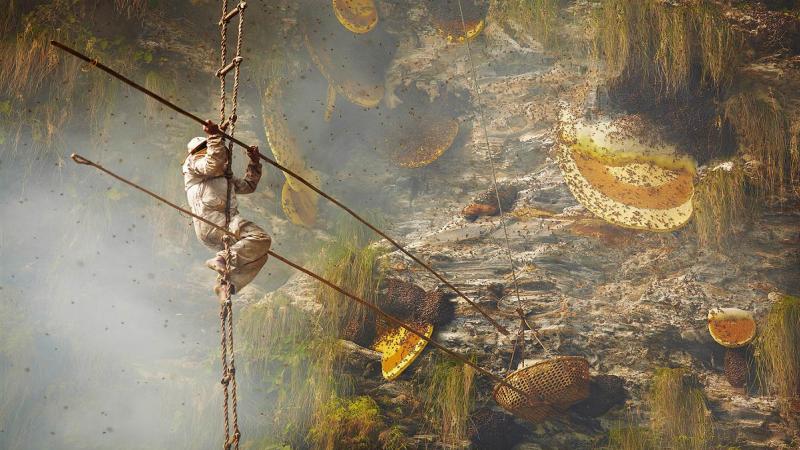 Beekeepers are happy with the good honey production. They have been selling honey at Rs. 800 to 900 per kg. Farmers say that the honey produced in the district is being consumed in Kathmandu, Pokhara, Chitwan and other city markets within the district.

Ben Bahadur Gurung, a beekeeper of Bensishahar Municipality-4, Puranokot, said that the weather has been better this year as compared to last year. He had produced eight and a half quintals of honey last year and this year it has increased to half a quintal. "Nine quintals of honey has been produced this year from 1.5 lakh beehives," he said. He has earned Rs. 810,000 this year by producing so much honey.

Farmer Bikram Gurung, a beekeeper in Sunderbazar Municipality-5, Tarku, said that he had produced about two quintals of honey this year and five quintals this year. According to beekeeper Kisan Gurung, honey has to be harvested four times this year as it is better than last year.

There are 382 beekeepers in the district registered in this branch. As the interest of farmers towards beekeeping has increased and the number of farmers engaged in beekeeping business has started increasing, it is expected to increase further in the coming year, said branch chairperson Lalit Gurung. He said, "Farmers of the district have been earning good income from the sale of honey." Last year, under the Prime Minister's Agriculture Modernization Project, the Agriculture Knowledge Center Office set up a ward no. The branch has stated that bee business is being carried out in 5,000 beehives after the bee zone was formed by including 2, 4 and Sunderbazar Municipality-5.