Mornachy And Hindu Nation Nation Will Be Declared As Soon Will Get Opportunity: RPP Chairman Rajendra Lingden 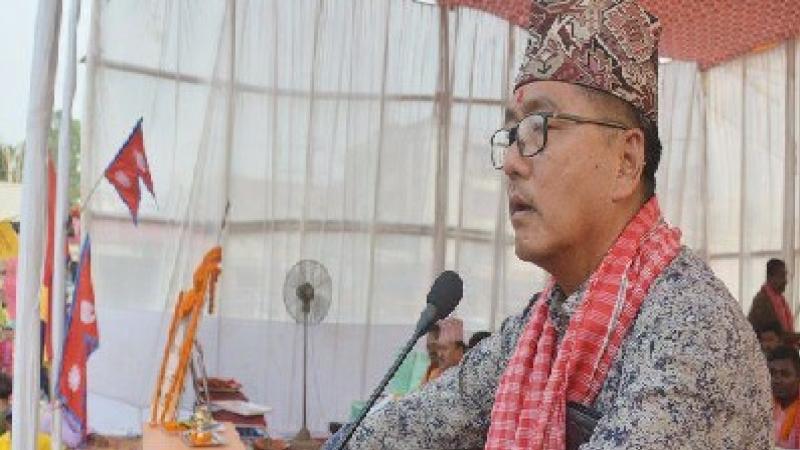 April 18, Kathmandu- Rastriya Prajatantra Party (RPP) Chairman Rajendra Lingden said that he would not form an alliance with any party in the local elections.

Talking to media persons at Janakpurdham Airport today, Chairman Lingden clarified that RPP would go to the polls in the local elections on its own strength and would not coordinate with any party.

He claimed that the party would win most of the seats in the forthcoming elections and expressed confidence that a good result would be achieved in the elections. Chairman Lingden said that RPP would bring the monarchy to Nepal and declare a Hindu nation as soon as it gets a chance.

He said that the RPP has a policy of having a monarchy as the head of state or guardian institution under the new agreement and governing the country by the people's elected representatives. Chairman Linden arrived in Dhanusha's Birendra Bazaar today to participate in the party entry and local level election-focused program.