Candidates From Ward Cannot Fight, Therefore Made An Alliance With UML: Oli 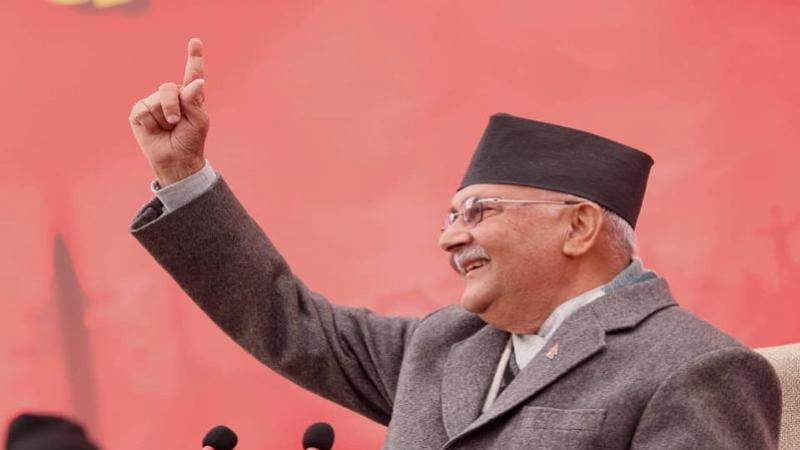 May 7, Kathmandu- Chairman of the Main Opposition Party (CPN-UML) KP Sharma Oli has remarked that the parties including the Nepali Congress and the CPN-Maoist Center have formed.

Addressing in an election rally of Itahari sub-metropolitan on Saturday, Oli said that the ruling five parties have formed an alliance with UML even in the wards. Oli has also commented that the ruling party's alliance is like a doll that has been torn apart. Oli says the coalition formed for the purpose of sharing food should not be voted.