May 11, Kathmandu- The Nepal national women's cricket team will play a T20 International series against Uganda. The five-match series will start on coming 16 May.

The Cricket Association Of Nepal (CAN) has stated that the games will be held in Nepal. All the matches of the series will be played at TU Stadium, Kirtipur.

Nepal is in the 16th position in the women's T20 rankings. Uganda, on the other hand, is 19th.

Since the T20 international recognition, the Nepali women's team has won 17 out of 22 matches played. Uganda has a record of 13 wins in 31 T20 Internationals so far. 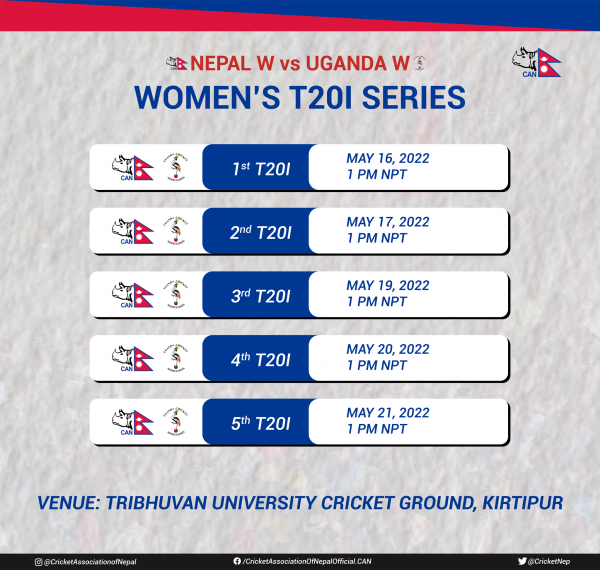