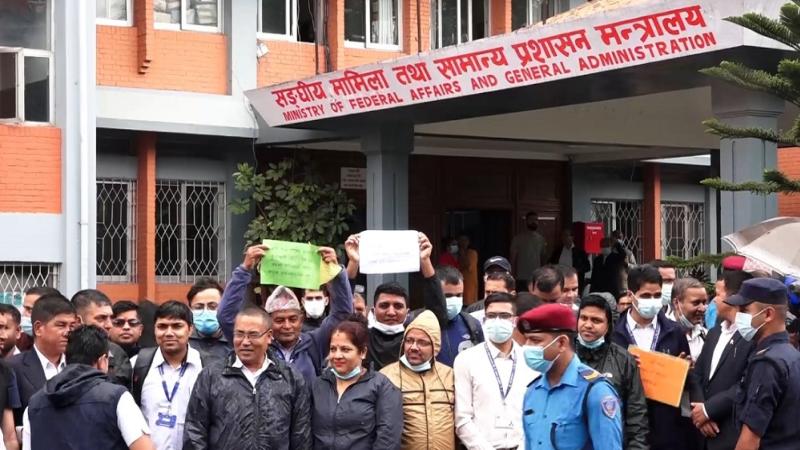 Aug 1, Kathmandu: Nayab Subbas are protesting because the government has not addressed the demands of the Nayab Subbas in the Federal Civil Service Act.

Today (Monday) in front of the Ministry of General Administration at Singhdarbar, all Nayab Subbas of various government agencies have started a protest along with Nayab Subba Bachau Abhiyaan. They are demanding that the Federal Civil Service Act should be put in place to promote Naib Subba who has worked for 10 years.

Nayab Subba by one level and those who have worked for more than 10 years by two levels. 20 thousand Nayab Subbas from all over the country have announced a program of strong agitation and warned that they will protest until their demands are met.

He said that if the demands in the proposed Federal Civil Service Act are not addressed. He will hold a large-scale protest across the country, saying that he has contributed significantly to the running of the state. Nayab Subbahs has demanded that in the proposed federal law, there should be a time limit to act as one at the union, state, and local levels, and there should be a system at all levels that will be implemented from the same date and increase by one level every 5 years.

They have demanded that there should be 50 percent open, 40 percent promotion, and 10 percent internal competition in filling up posts like gazetted third-class branch officers.