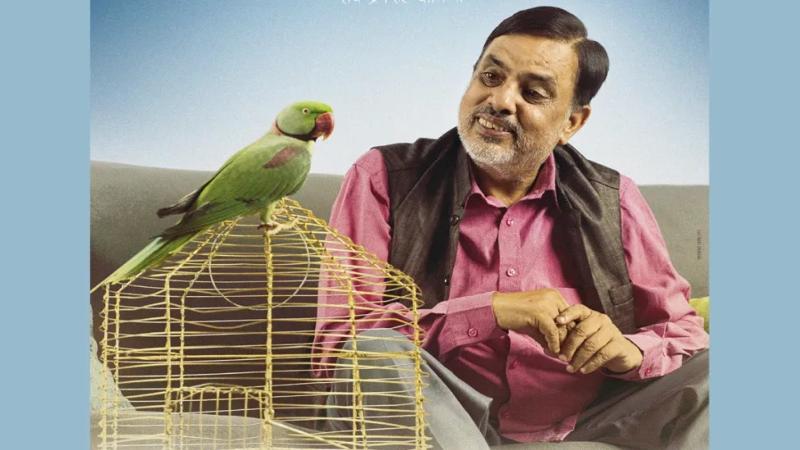 By publishing two official posters, production company Chatcon Arts has set the release date for October 28. There will be a demonstration on the next day of Tihar. In one poster, Hari Bansha Acharya and Gauri Mall are seen dressed as bride and groom, while in another Harivansh can be seen smiling at a parrot outside the cage.

Chatcon Arts also informed us that the film is going to be released on that date all over the world including Nepal. The film also stars Gauri Malla, Ravindra Singh Baniya, Rajaram Poudel, Arun Chhetri, and Anjana Bareilly along with Mahjodi.

The film is written and directed by Pradeep Bhattarai and produced by Dipesh Khatri. This multi-starrer film depicts the story of an individual’s struggle to become a great man in society and how society produces great men.

Chatcon Arts have previously produced the films Talakjung Vs Tulke, Jatra, and Jatrai Jatra. His upcoming film ‘Dakini’ is also going to be released this year. Now on October28, Mahapurush will compete at the box office with Saugat Mall starrer ‘Lakh’.