Liverpool Midfielder Thiago Out For Up To Six Weeks 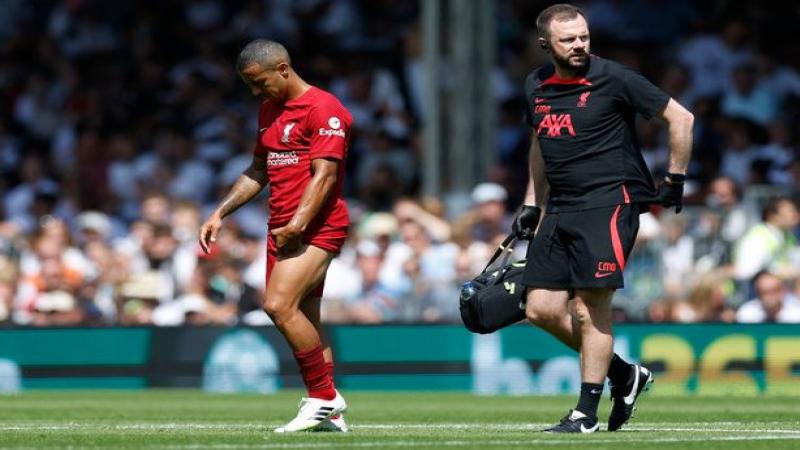 Aug 9, Kathmandu: Thiago lasted just 51 minutes into the new Premier League season before he was forced to come off injured. The 31-year-old was replaced by youngster Harvey Elliott.

And according to The Atheltic, Liverpool will have to make do without Thiago for six weeks. He will miss Liverpool's next six Premier League games.

One of those clashes includes the derby against bitter rivals Manchester United. Other games include Crystal Palace, Bournemouth, Newcastle, Everton, and Wolves. Thiago struggled with injuries last season.

There were injury concerns ahead of the Champions League final loss to Real Madrid, but the midfielder was declared fit enough to play. Liverpool boss Jurgen Klopp insists the fresh injury setback will not force him into panic buying, even after the long-term injury to another midfielder Alex Oxlade Chamberlain.