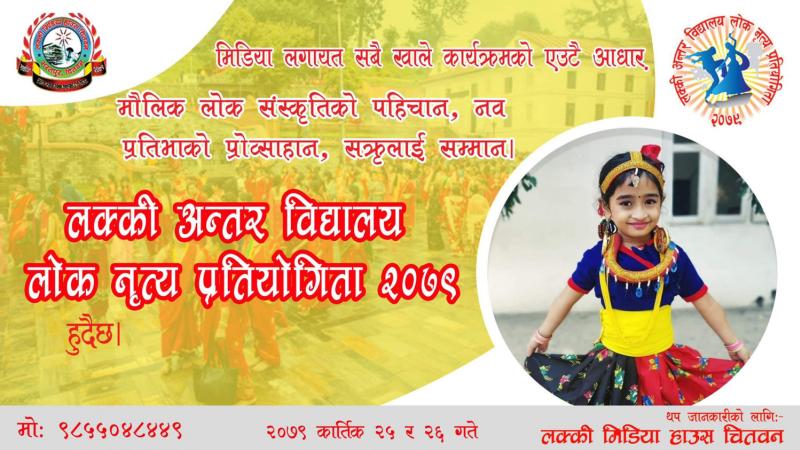 Karki said that the two-day event will be held on October 25 and 26. Famous artists at the national level will be present. Stating that the necessary preparations for the competition have started, he asked the schools that want to participate to contact Lucky Media House. Dances and songs presented in the dance competition organized for the preservation and promotion of folk, original, and art culture should reflect Nepali folk and original culture.