As soon as India lifted the ban, onions became cheaper in the Nepali market 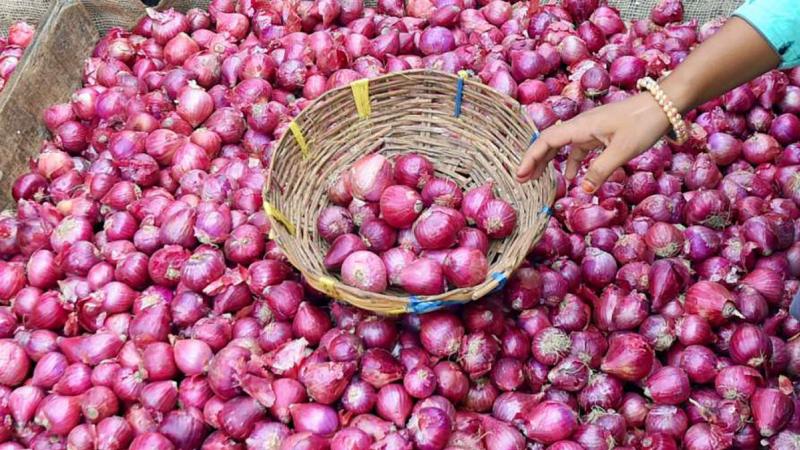 January 5, Kathmandu- The price of onions has started declining after India lifted the ban on onion exports.

India had banned onion exports on September 14 citing a decline in domestic production. India has lifted the ban on onion exports from the English New Year. The price of onion, which went up after the ban was lifted, is now falling.With the lifting of the ban on onion exports, the price has come down to Rs 10 per kg in the initial stage. According to the Kalimati Fruit and Vegetable Market Management Committee, Rs. Trading is taking place from 60 to 65.

According to the statistics of Kalimati, it has been found that a sufficient quantity of onion has been imported through various checkpoints even under the ban. According to Binay Shrestha, Information Officer of the Kalimati Fruits and Vegetables Market Management Committee, there has been a decrease in the import of onions in the initial days of the ban. According to him, 776 metric tonnes of onions were imported in September alone. Despite the ban in the last week of August, there are statistics that a significant amount of onions was imported in September.

In the early days of the ban, some traders were importing onions from China, but in recent days they have been importing from India. The price of onion has been declining in recent times after it was imported in sufficient quantities from India.

At present, more than 90 percent of the onions consumed in Nepal are imported from India, while the rest are used in China and Nepal.