Request of the industrialists to the Finance Minister: The time required to submit the audit report should be extended for 3 more months 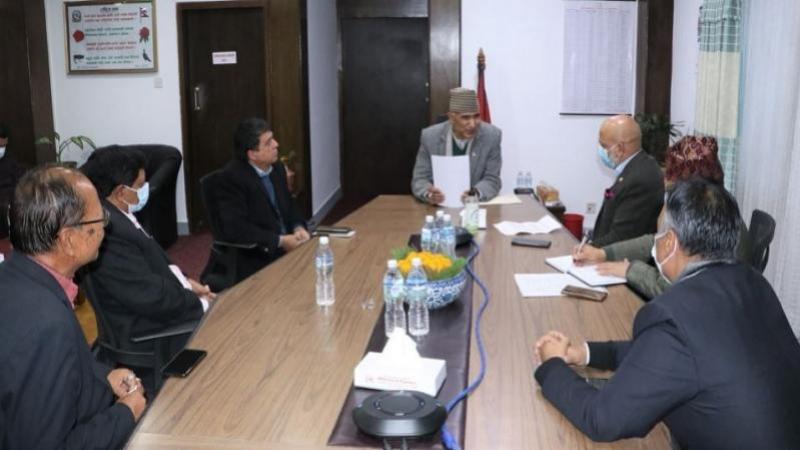 Entrepreneurs have urged Finance Minister Bishnu Poudel to extend the deadline by three months even though the details including the audited report of the previous fiscal year should be submitted to the concerned tax office by mid-January. A team of officials of the Federation of Nepali Chambers of Commerce and Industry (FNCCI) has made the request after a three-and-a-half month lockdown last year and a one-month ban in the current fiscal year.

Keeping in mind the fact that the company firms could not conduct the audit in time, they requested the Finance Minister to extend the deadline for submission of details by three months. As many as 2,800 people have been blacklisted so far this year. The industrialists also urged the ministry to pay attention to such attitudes of the banking and financial sector. Drawing the attention of Finance Minister Poudel, it was said that small and medium entrepreneurs need a package like tax recovery, various other fee waivers, market promotion and other things besides this. In addition, the federation has requested for a special relief package for small and medium entrepreneurs in the mid-term review of the budget.

A delegation of FNCCI officials led by FNCCI President Shekhar Golchha met Finance Minister Bishnu Prasad Poudel at the Ministry of Finance on Tuesday. The federation has also drawn attention to some important issues that need to be addressed immediately by the government.

On the occasion, a request was made to the Finance Minister on behalf of the federation to extend the time limit for filing tax returns and paying the principal interest of the bank.

During the meeting, the FNCCI said that the private sector was facing problems due to the austerity measures taken by the banks against the entrepreneurs. They also requested to extend the term to at least three months.

Despite the clarification of the legal provisions, the banks are threatening to blacklist them. If the deadline is not extended, more than 50 percent of the small and medium enterprises will be shut down.

On the occasion, Hon'ble Finance Minister Poudel assured that he would take the suggestions put forward by the federation seriously and would do his best to help in the implementation of the suggestions received.