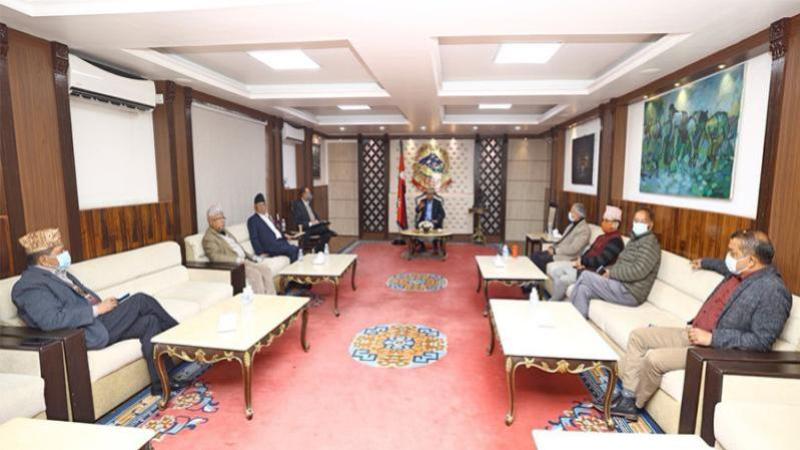 April 18, Kathmandu-  The meeting of the five-party coalition which was postponed for some time has resumed.

Leaders of the coordination mechanism have again gathered at the PM's residence in Baluwatar along with the top leaders of the five parties to coordinate for the election.

Before the meeting was adjourned, UCPN (Maoist) Central Chairman Pushpa Kamal Dahal "Prachanda" told a press conference at the party headquarters in Parisdanda that if there was no consensus among the five parties, there would be electoral coordination among the parties.

The meeting started after Prachanda returned to Baluwatar after the press conference. It is said that discussions are underway between the parties in the alliance on the division of metropolis and sub-metropolis.