Four Helipads Being Constructed In Lumbini After Modi's Arrival In Nepal 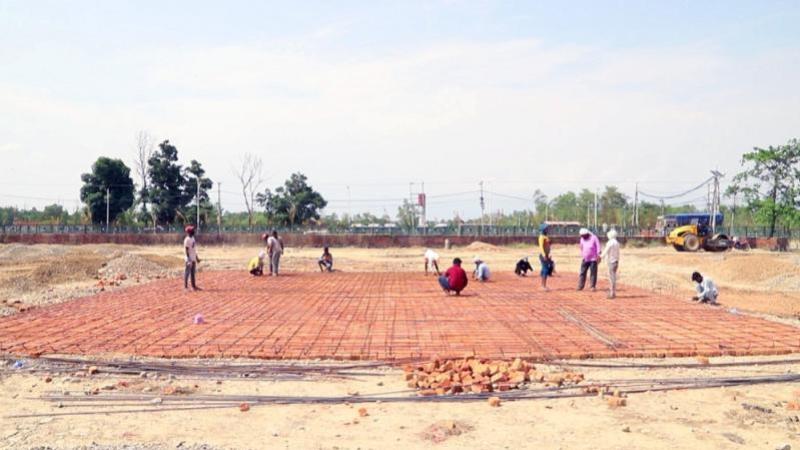 May 6, Kathmandu- After the arrival of Indian Prime Minister Narendra Modi in Nepal, four helipads will be built in Lumbini.

According to the Ministry of Foreign Affairs, Indian Prime Minister Modi is coming to Nepal to celebrate the 2566th Buddha Jayanti. Extensive preparations have been started in Lumbini after Modi's arrival in Nepal on May 16. The construction of four helipads construction had started in Lumbini, the birthplace of Buddha. Four helipads of 30 meters in circumference have been started by constructing the RCC slope in the south of gate number 2.

A 4-meter-wide road to the helipad is also being constructed. It is said that a temporary helipad will be constructed at the Hokke Hotel in front of the electric bus charging station for two helicopters in Nepal. A road is also being built to the north of the German stupa to reach the monastery.