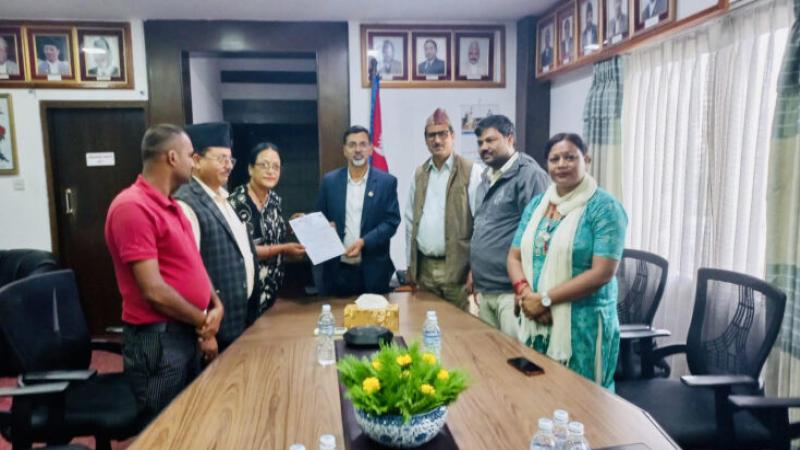 Jun 1, Kathmandu: Nepal Teachers Federation has handed over a letter to the Finance Minister saying that it should be addressed through the budget as per the agreement reached with the Ministry of Education, Science, and Technology.

He called on Finance Minister Jarnadhan Sharma today and handed over a letter of attention-demanding immediate arrangements as nothing was clearly mentioned in the budget for the fiscal year 2079/080.

The letter, signed by FNCCI President Kamala Tuladhar and General Secretary Laxmi Kishore Subedi, called for managing 20 percent of the total budget for the education sector and increasing the salaries of teachers.

Here is the letter of attention submitted by the federation:

3. To make arrangements for the 10-day tourism work with the facilities provided from the budget of FY 2078/079, accident insurance and health security insurance are to be applied to the teachers and staff of the school as well.

4. To manage 20% of the total budget for the education sector.