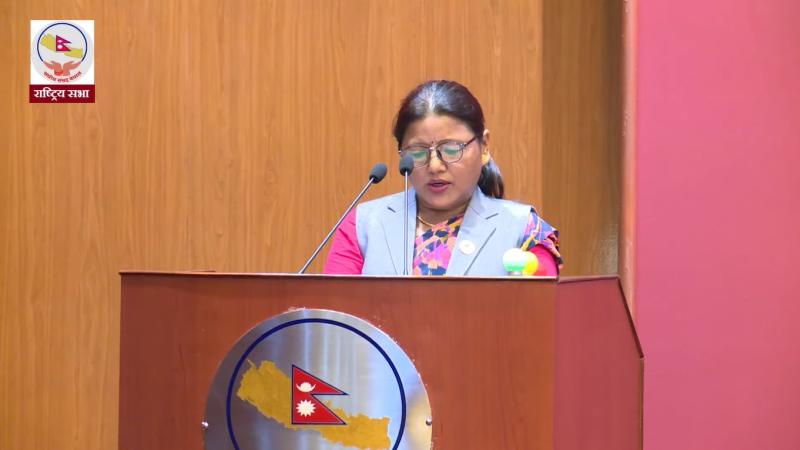 Aug 8, Kathmandu: A member of the National Assembly of the ruling Nepali Congress  Durgakumari Gurung has demanded the government arrange pension arrangements for sportsmen as well.

Speaking at a special time in the National Assembly meeting on Monday, MP Gurung requested the government to provide pensions to sportsmen who have won honors in the national and international arenas like teachers and employees by arranging an age limit.

MP Gurung pointed out the need for the government to pay attention to the participation of the youth in the field of sports. MP Gurung also complained that although there is a need to develop the country by mobilizing the youth, the government has not brought policies, programs, and budgets accordingly.