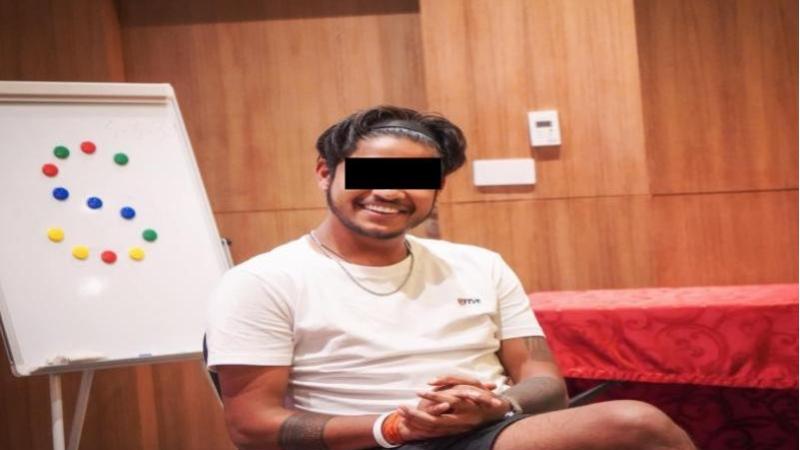 Sep 18,Kathmandu: The police has started the process of issuing a notice through Interpol to arrest the suspended cricketer Sandeep Lamichhane, who is accused of raping a 17-year-old minor. After Lamichhane lost contact, the police is about to arrest him through Interpol.

It has been 11 days since the arrest warrant was issued against him by Kathmandu District Court. The court allowed him to be arrested on September 8. But Lamichhane has not been arrested yet. He is not in touch with both the police and the Cricket Association of Nepal (CAN).

A police official said that due to this, District Police Complex Kathmandu has proceeded with the arrest process through Interpol. "He has not come in contact yet, the process of arresting him through Interpol has already started," the officer told Setopati.

The police said that if Sandeep does not return to Nepal, they will arrest him using formal or informal means. It is not clear in which country he is now. Earlier, the police speculated that he might be in Dubai. But this has not been confirmed.

Police  Senior Superintendent Dan Bahadur Karki said that during the arrest process through Interpol, the nature of the crime will be distinguished first. Interpol has classified crimes according to colors such as red, blue, yellow, black, and purple. Red corner is issued by Interpol in cases of heinous crimes like rape, murder.

He left the hotel on the morning of August 6 and went to Kenya to play a T20 match on the same day. From there, he went to the West Indies to play in the Caribbean Premier League (CPEL). While the said league was going on, a complaint was filed against him on  September 21 at Gaushala police circle in Kathmandu.

After the warrant was issued against Lamichhane, the Kathmandu Police has sent letters to various checkpoints to arrest him. Similarly, it has been blacklisted in the immigration to arrest them as soon as they return to Nepal from the ship.

Sources at Tribhuvan International Airport said that Lamichhane was about to come to Nepal some time ago. But he canceled the flight ticket that had already been booked. The question has also been raised whether he will come in contact with the victim while staying abroad for a long time. But the police officer said that the victim is under the protection of the police.

It was Can who contacted him after a complaint was lodged against him. In a conversation with CAN Acting Secretary Prashanthavikram Malla, Sandeep claimed that he was innocent and asked for his help. The next day, last Friday, Sandeep spoke about the incident through social media. He said that he is innocent and will come to Nepal to face the complaint against him.

Sandeep was suspended from the national team after the arrest warrant was issued by the Kathmandu District Court. Despite the action of suspension, CAN has said that it will investigate the fact that Sandeep left the closed training of the national team and stayed in a different hotel.

When and how to conduct the investigation, there is no discussion on CAN. After the incident, the police also started collecting evidence, the premises said. On the day of the complaint, the police conducted a health examination of the minor. Similarly, the police have also collected CCTV footage from the hotel in Kathmandu where he was staying.

It seems that he stayed in the hotel for about 7 hours. They were seen entering the hotel at 11:55 pm on August 5th. The premises informed that they were staying in room number 305. Sandeep is also seen in the footage wearing a white cap, white shoes, and a blue T-shirt. The teenager was wearing a white jacket, yellow t-shirt and black jeans.

After staying there for about seven hours, it is seen in the footage that they returned from the hotel together at 6:46 am on August 22. This incident is being investigated by the Police Circle Gaushala.