Why Schools In Remote Areas Returning To The Old Rhythm? 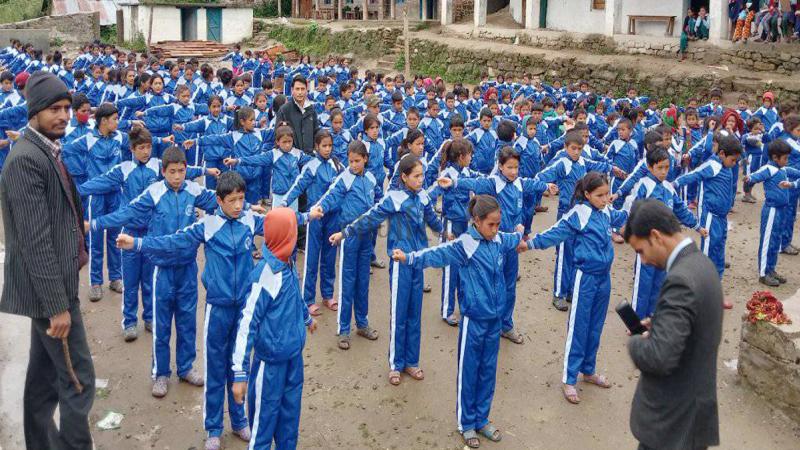 Sep 21, Kathmandu: The community schools, which were closed for almost one and a half years due to corona infection have started to return to their old rhythm. On March 21,2023 AD, schools were closed for a long time as the government imposed a lockdown and the SEE exam was also postponed.

Sometimes school was opened but the students were not regular. The school has been fully open since February last year, with new admissions in May after the annual examination in March and the accompanying local elections, but participation has been low even though the school opened.

After the annual vacation in June, students will not be regular. Topahadur Shahi, a teacher of Mahadev Secondary School Rudu in Tilagufa Municipality-10, said that when the school was closed for the entire academic session 2020/021 the students also forgot their regular practice. He said that it took five months to return the school to its old condition.

The school became regular last February. Since then, after running the school continuously for five months, 80 to 90 percent of the newly enrolled students have started participating. Teacher Shahi said, "There is no annual leave because it is a winter holiday. Therefore, even though the school has been operating continuously, since the last week of July, teaching and participation of students have also started in schools like before Corona. Due to Corona, the students had forgotten about daily dances and academic exercises as well.

Classes are now being conducted in 395 schools across the district. Corona has affected schools the most. The local government also refused to open the school saying that young children are the most at risk. According to the school, the school has been closed for more than two years.

Prof. Tej Bahadur Shahi of Janjivan Secondary School, Tadi, said that it is now difficult to meet it because of the bad impact on the academic achievement in the classroom. He said that he asked the teacher to give some more time to the school and conduct more classes, but he could not manage it as per the request.

According to Professor Shahi, it is difficult to meet the educational quality deficit of two years because the local government has not made a plan for the interrupted academic session. Now the school has started operating in the old set. We hope that the marks obtained in this year's annual examination will be good. Educational campaigners are also confident that there will be gradual educational reforms if there is another epidemic.