'Nalapani' Teaser Has Been Released 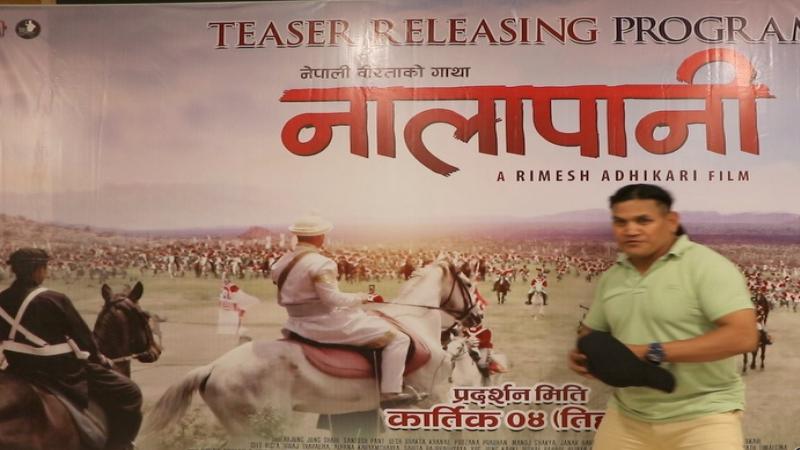 Sep 23, Kathmandu: The teaser of the film 'Nalapani' which is based on a historical story has been released it teaser. The movie will come to the hall on October 21.

The 1-minute 41-second teaser released during a program in Kathmandu on Thursday shows the battle fought by the Nepalese against the English army. The background score and battle scenes in the teaser are awesome.

Directed by Rimesh Adhikari, the film is based on the historical battle fought by Bir Balbhadra Kunwar, who was the captain of the Nepalese army in the British-Nepalese war at Nalapani Gadhi in Dehradun in 1814. The research and writing of 'Nalapani', which was declared a special film by the Film Development Board two years ago, was done by Rimesh Adhikari and Krishna Acharya.