Ohio Lost In The Football Tournament 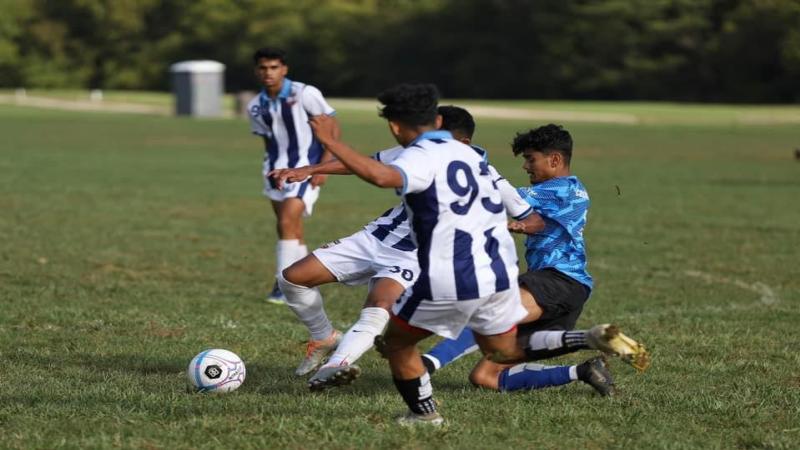 Sep 26, Kathmandu:  Chuke Youth Football Club has won the football tournament with the highest prize money in the Nepali-speaking community in America. Similarly, Columbus Star Football Team and Cincy Intra Football Club won the women's side of the competition.

Intra-National Welfare and Support Foundation of America has Organizing the game started last Friday and ended on Sunday night according to American time. In that match, Nepali-speaking youth team Chuke from Cincinnati defeated FC United. The team of Nepali-speaking youth from the city of Harvard, Pennsylvania, by 1-0. Roshando of Jersey No. 7 scored a goal in a very competitive match on Sunday.

Afternoon according to American time. He made good use of the corner kick he got before halftime and hit the ball into the goalpost. The winning club received 15,000 US dollars in the match at the Miami Whitewater Soccer Complex stadium in Cincinnati, filled with hundreds of spectators.

Similarly, Rajan Chuhan, the coordinator of the competition, informed that the runner-up United FC received a prize of eight thousand US dollars.

Foundation president Dilli Adhikari, distributed trophies and cash prizes to the winning team. He said that this competition was organized with the aim of helping Nepali-speaking Bhutanese and all Nepali-speaking communities in America to discipline their children through sports and make them competitive in America.