The poster of the film has been released on the occasion of actor Chaitanya's 36th birthday.

Naga Chaitanya can be seen in police 'custody' in the public poster. The policemen are pointing guns at him.

Although the poster has been released, the release date of the film has not been fixed. Similarly, no information has been given about the lead actress yet.

The action film is directed by Venkat Prabhu.

The film, bankrolled by Srinivasaa Chitturi, will be released in Tamil and Telugu.

Naga Chaitanya, who started his acting journey in 2009 with Dakshina Indian film, made his Bollywood debut in 2022 with Aamir Khan and Kareena Kapoor Khan's film 'Lal Singh Chadha'.

He is the son of the South Indian actor Nagarjuna Akkineni. 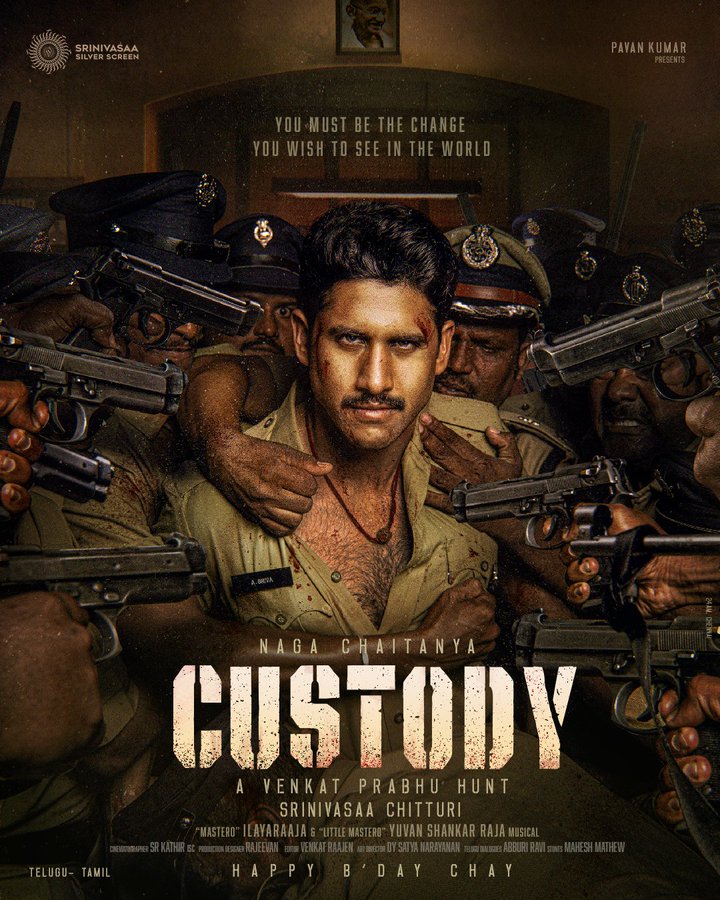