Congress Cross 20 Lahks In PR Vote Tally, Who Else Got How Many? 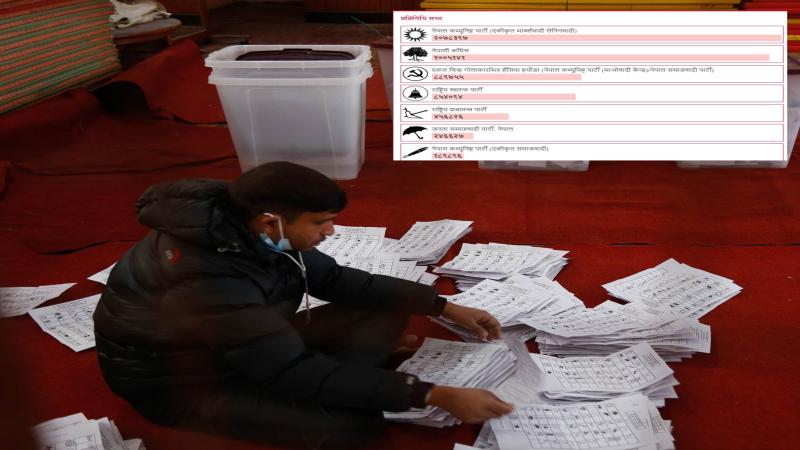 Nov 26, Kathmandu: In the ongoing counting of votes for the House of Representatives, more than 750,000 boycott votes have been counted proportionally until Saturday evening.

The Janata Samajwadi Party, which is in sixth place, has got 246,627 votes, i.e. 3.25 percent. CPN (Unified Socialists) has not been able to meet the three percent threshold required to become a national party. So far it has got only 189 thousand 896 i.e. 2.50 percent votes.