Why Yuvraj And Lawyer Neupane Had Heated Conversation In Interview? 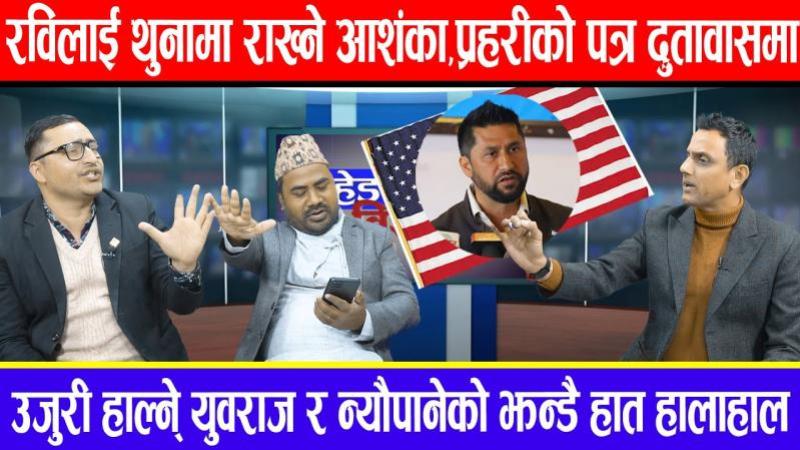 Dec 8,  Kathmandu: A petition has been registered in the Election Commission demanding the cancellation of the ordinary membership of the chairman of the National Independent Party, Ravi Lamichhane.

He became a member of the House of Representatives after winning the House of Representatives election held on November 4. If his citizenship is revoked, that member will also be automatically revoked. At this time, the question has been raised as to what the Election Commission will decide. Is the law really violated? Or is Ravi Lamichhane under siege? Questions like that have also arisen.

In this regard, we have talked to Yuvraj Paudel (successful), the supreme leader of Samajwadi Center Nepal, who filed a petition against advocates Yagyamani Neupane and Ravi Lamichhane in Headline Nepal's 'Headline Special'.

Watch the conversation in the video: