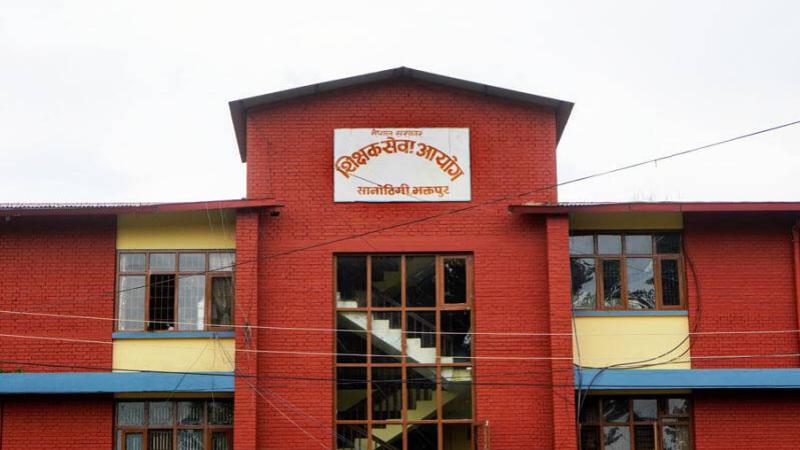 Fewer candidates have passed the written examination for the post of primary level third grade teacher of the Commission than required. The commission advertised for more than 13,000 vacant posts at the provincial level on December 28,  2021. According to the results of the open competitive written (general and subject) examination conducted by the Commission on  April 1 and 27 June 2019, fewer candidates have been selected for interviews in 6 districts.

Krishna Bohra, Branch Officer of the Directorate of Education Development, Dipayal, said that due to the introduction of the system of two-stage examination by the Teachers Service Commission, the students passed less than the demanded quota. He said, "Earlier, the commission used to conduct a one-hundred-point subject test at one stage.

Those who passed the test were allowed to participate in the interview." But by changing that arrangement, there is a provision to participate in the second stage examination only after passing the objective test of 100 marks in the first stage. The commission advertised for 1,552 posts for the secondary level and only 1,822 people were recommended for appointment. 370 fewer teachers than required were recommended.

Similarly, the Commission has recommended the appointment of 105 teachers less than the requirement for the appointment from the examination conducted for the 2 thousand 598 vacant posts of lower secondary level third-grade teachers. 88 thousand 519 candidates had joined the general examination for the said post.

According to the Commission, teachers could not be successful in the promotion through internal competition as per the demand. There are very few teachers who score 100 marks while conducting the 175 full marks exam. The government report has pointed out that there are still 53 thousand 158 teachers at different levels.

But after a long time, as the candidates failed to pass as requested in the advertisement made by the Commission, in the study conducted by the Policy Research Institute at the request of the Commission, experts have pointed out that public schools are suffering from teacher shortage due to the shortcomings in the Faculty of Education.